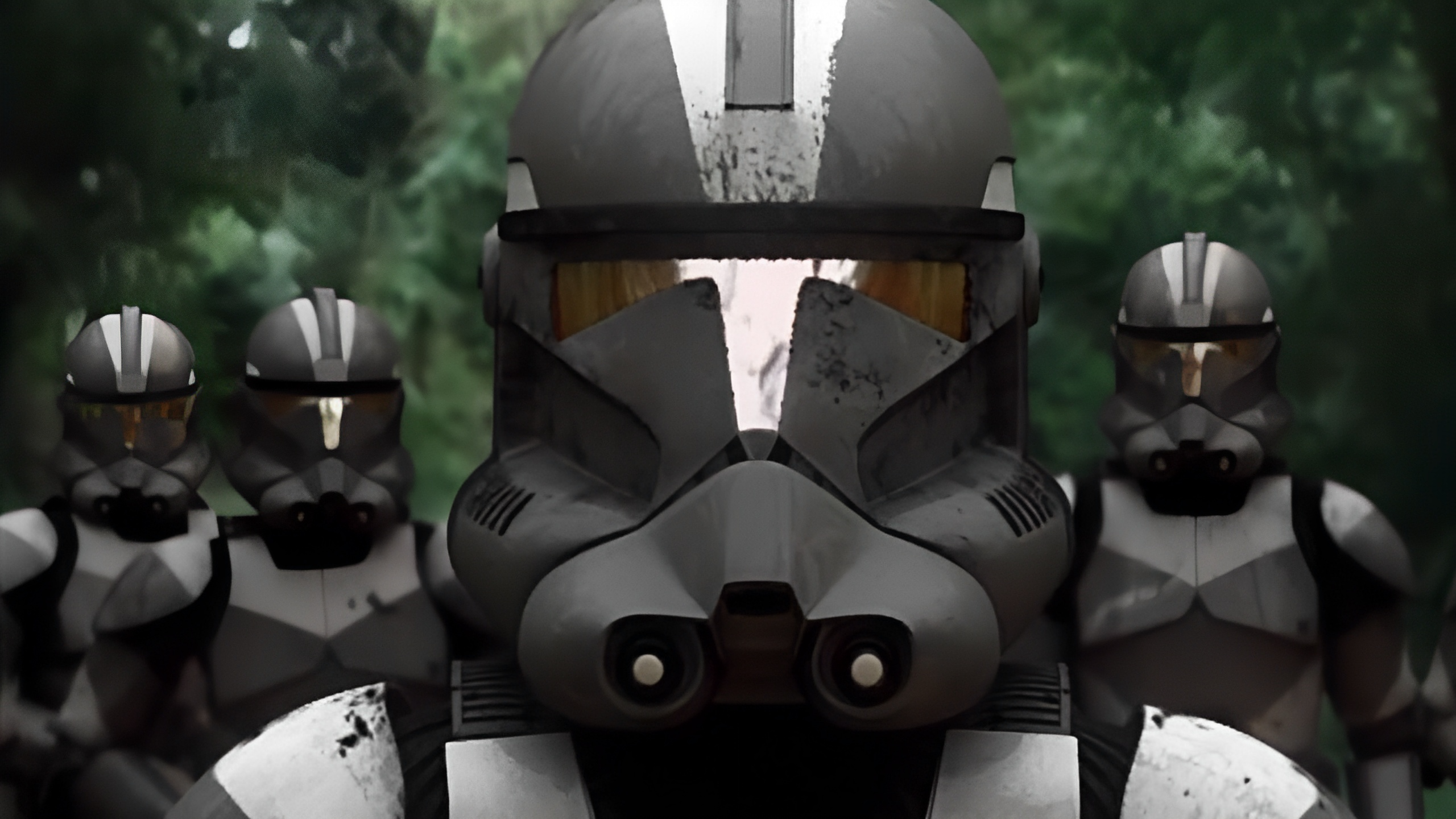 Clone shadow troopers were an elite cadre of Clone Troopers, devised by Director Armand Isard of Republic Intelligence during the Clone Wars. Since the numbers of the Advanced Recon Commandos were dwindling, Isard created the shadow troopers as a reconnaissance unit, who, with the benefit of greatly modified and expensive armor, could operate covertly and undercover. Using magseals installed in their armor, shadow troopers could attach plates to themselves that could pass them off as mercenaries belonging to certain factions. With that advantage, they could infiltrate facilities and gather intelligence with ease.

During the late stages of the war, the role of the shadow trooper expanded, with some performing sniper duties, while others would be used on the battlefield. Though their jamming systems would prevent them from working alongside standard troopers, shadow troopers were occasionally dispatched before large-scale invasions to install jamming devices in key cities, which would allow their comrades to infiltrate their targets with stealth and efficiency. Shadow troopers saw later use in the Galactic Empire as guards to both facilities and individuals. In particular, Inquisitor Valin Draco enlisted a group of the troopers for his expedition to the Almas Academy. The shadow troopers would later become the model on which storm commandos and shadow stormtroopers were based.

Havoc-Ops are the black-ops troopers specifically trained for melee, they will mostly deal with things brute force and aren't afraid to get their hands dirty.
Their significant skill with the electro staffs easily challenges a magna guard which are some of the most elite droids.

The Covert-Ops Clones were elite clone troopers serving with the Grand Army of the Republic during the Clone Wars. These troopers were mainly assigned to perform "dirty work" that most clones would find questionable and unethical, mainly finding and eliminating clone troopers who've deserted the army.

Medics were soldiers who were trained to provide first aid to injured comrades in battle. Some of the Grand Army of the Republic's clone troopers were clone medics, such as Kix of the 501st Legion. In a medical emergency, medics had the authority to countermand orders from a superior officer.

The equipment of Shadow

The DC-19 "Stealth" carbine was a blaster carbine in BlasTech Industries' DC-15 blaster line. The DC-19 was equipped with a sound suppressor unit for silent operations and an optional stealth function, which used a refined tibanna gas mixture that made the DC-19's plasma bolts invisible to the naked eye. However, the tibanna mixture was highly expensive, had to be reloaded after ten shots, and needed to be cooled down after each shot to prevent damage to the carbine's dampeners. The DC-19 was used almost exclusively by clone shadow troopers in the Grand Army of the Republic during the Clone Wars and for a short time afterward, when the clone shadow troopers became part of the Imperial Army.

The DC-17 hand blaster, also known as DC-17 blaster pistol, was a heavy blaster pistol wielded by the clone troopers of the Grand Army of the Galactic Republic during the Clone Wars. An advanced firearm, it was fielded to elite soldiers in the army, most notably Advanced Recon Commandos, clone trooper commanders, and clone jet troopers.

An electrostaff was a staff-like melee weapon manufactured by Baktoid Armor Workshop and Holowan Mechanicals. They were used by the Confederacy of Independent Systems' IG-100 MagnaGuard and by the Galactic Republic clone shock troopers during the Clone Wars, and by Imperial Purge, riot, and Heavy Troopers leading up to and during the Galactic Civil War.

The DLT-20A blaster rifle, also known as the DLT-20A laser rifle, was a model of blaster rifle produced by BlasTech Industries. Members of the Republic Shadow Trooper Corps sometimes used DLT-20As instead of their standard issue DC-19 Supressed blaster rifles. IG-assassin droid IG-11 carried this model of rifle, without the scope attached. Another type of rifle, the pulse cannon, utilized the frame assembly of a DLT-20A.